A long history of success

MCE strive to be compassionate, supportive and reliable in all that we do, and we see our identity reflected in the expertise provided by Fletchers Solicitors. 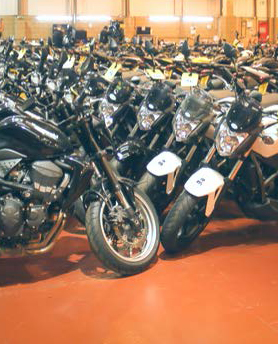 With a partnership that spans over two decades, MCE and Fletchers remain committed to providing the very best service to those affected by medical negligence, serious injury and motorcycle accidents.

With your MCE Insurance policy you have access to the MCE claims service. This means that should you ever need the help of Fletchers Solicitors, we will get you in touch with their legal team as quickly as possible.

Whatever it takes, whatever you need, their motorbike team will be there to help you every step of the way – from minor accidents to severe injuries, you’re in safe hands.

Led by Ed Fletcher Who himself suffered a serious motorcycle injury.

In 1999, Ed was riding his motorbike on his way to visit friends in London, when he was involved in an accident. He severed his spinal cord at T9/10.

After his accident, he had a huge level of support from friends and family, and also from work. He decided there and then to ensure other people in his situation have that same level of support. His way is to help was via what he knew – the law. He was a personal injury lawyer before his accident, and when he returned to work, he took the decision to dedicate the rest of his working life to fighting solely for the seriously injured, especially those people injured in a motorcycle accidents.

As sam was travelling home from work on his motorcycle, he was involved in a serious accident. He came to Fletchers for specialist help and support.

A motorbike accident one Saturday morning completely changed Janice’s life. She was thrown from the bike and suffered a head injury.

The Bike Experience is a charity that teaches and advises motorcyclists who have been disabled how they can ride again, through the provision of an adapted and modified motorcycle which will allow them to ride in a safe environment using a logical step by step process.

When you've had a life changing injury, to be able to come to something like this and actually get on the machine again and prove to yourself that you can actually do it, thats a massive boost. It means that the one big dream that we had, is still available to us, and that means a lot.

& Rider on the Bike Experience Day.