Brookes And Sykes Upbeat Ahead Of Snetterton 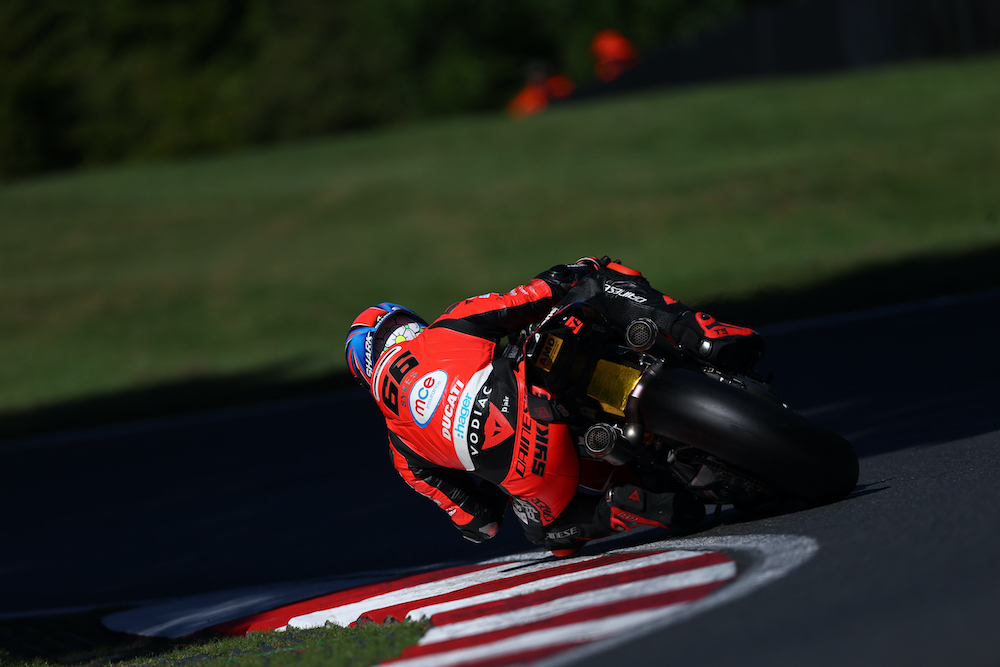 Snetterton in Norfolk is the destination for round eight of the 2022 British Superbike Championship and will see the MCE Ducati pairing of Josh Brookes and Tom Sykes once again in action.

After a difficult season, both riders cannot qualify for the title-deciding Showdown but will be aiming to turn their fortunes around at a track which has been favourable to Paul Bird’s Penrith-based team in recent years.

Midlands-based Aussie Brookes has an enviable reputation around Snetterton with a total of three wins and 16 podiums in recent years which included a victory on his way to his second BSB crown in 2020.

Last year, Brookes just missed the podium in two of the three races so will be hoping he can have a repeat of that form whereas for Yorkshireman Sykes, he arrives in confident mood after a successful test at Snetterton earlier in the season.

The ex-World Superbike champion has had a tough year aboard the factory-supported and MCE Insurance-backed PBM Ducati Panigale V4R on his return to the domestic series but hopes he can challenge for the team’s first podium of the year as the season heads towards its conclusion next month.

Josh Brookes: “We have just got to remain upbeat and try not to let the championship position and lack of results get you down. It’s hard to motivate yourself at times but it’s important to keep working and stay positive. That’s the only mechanism I know, and it will see us through these challenges. As ever I’ll be trying a little harder and digging a little deeper to try to resolve our weaknesses and I won’t give up. We had a great test at Snetterton earlier in the year so we have a base setting with which we can work immediately so let’s see how that unfolds.”

Tom Sykes: “I’m looking forward to getting back on the MCE Ducati at Snetterton. In an ideal scenario, we can continue the form we had there in pre-season testing and combined with us working with the existing package, which we keep adding more to, there’s no reason why we can’t have a positive weekend. Hopefully, we can get a string of good results and if there’s any damp weather about, it could really play into our hands and give us something of an advantage. I can’t wait to get started again.”

Further details can be found at the 2022 MCE Ducati website – check out www.pbmuk.net - and for information on the championship, please visit www.britishsuperbike.com.