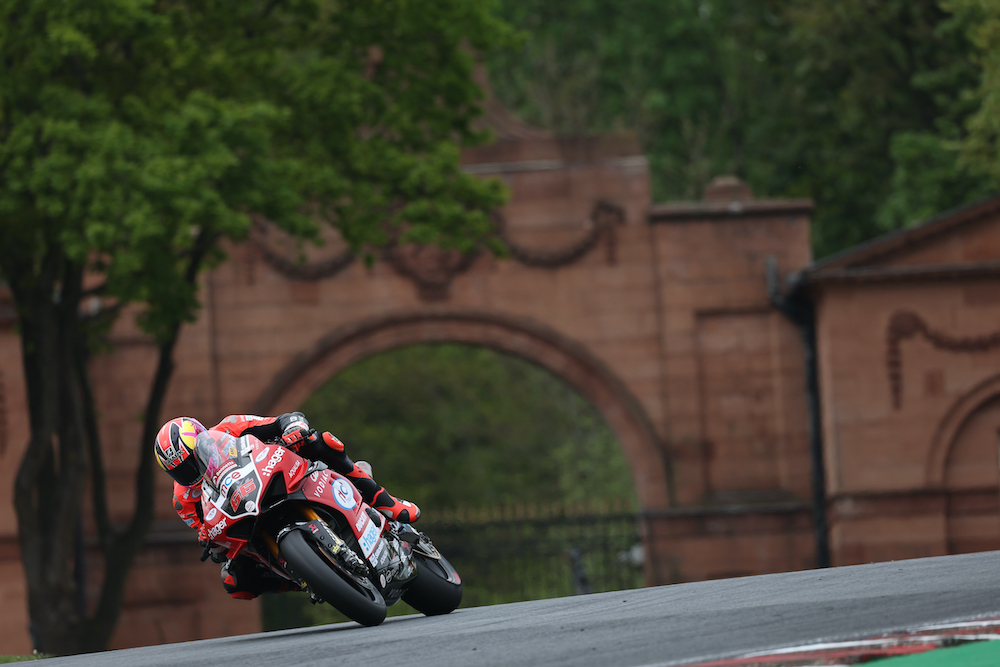 MCE Ducati riders Josh Brookes and Tom Sykes are hoping for better fortunes when the ninth round of the 2022 British Superbike Championship heads for Oulton Park this weekend.

The event sees the opening round of the Showdown but sadly for both of Paul Bird’s riders, they have failed to make the cut but despite not being able to win the title this year, they want to make up for disappointing seasons aboard the factory-supported and MCE Insurance-backed Ducati Panigale V4Rs.

There is added incentive this weekend as it’s the Lake District-based PBM teams’ local track where traditionally the Ducatis have a record of working well and also both double BSB champion Brookes and ex-World Superbike champion Sykes have a good record.

Bedfordshire-based Aussie Brookes has eight wins to his name around the 2.6920-mile international track as well as a record 21 podiums, two of which came in last September’s corresponding meeting. Meanwhile Warwickshire-based Yorkshireman Sykes returns to the track which saw him achieve his first wins in BSB when he romped to a double back in 2008.

Valuable data was gained at the earlier visit in the season to the Cheshire track, so confidence is high going into the weekend as both aim to end the season in positive fashion. Brookes scored his best result of the season so far of fourth place back in May and Sykes was just outside the top ten.

Josh Brookes: “We go to Oulton Park with the best intentions of doing well and being able to perform well against my rivals. Whether that’s possible has yet to be seen but of course the objective is always the same and that doesn’t change. At the meeting earlier in the year, it proved to be one of our stronger rounds, where in one of the races I just missed out on a podium, so I’m taking some positives that we can replicate that sort of form. But we’ll just wait and see, I’ll be doing my best and see where we end up.”

Tom Sykes: “I’m excited to be heading back to Oulton Park as it’s a circuit I always enjoy, and I’ve had some success at in the past. It’s helpful that we raced there earlier in the season, and we have some data to work with. I’m going with an open mind and hope we can find a race set up to allow us to run closer to the front with some consistent lap times. We made some progress for the final race at Snetterton but didn’t get to explore the potential as I was taken out on lap two. Hopefully, we can have a strong weekend and we can get the results we need.”

Further details can be found at the MCE Ducati website – check out www.pbmuk.net - and for information on the championship. Please visit www.britishsuperbike.com.