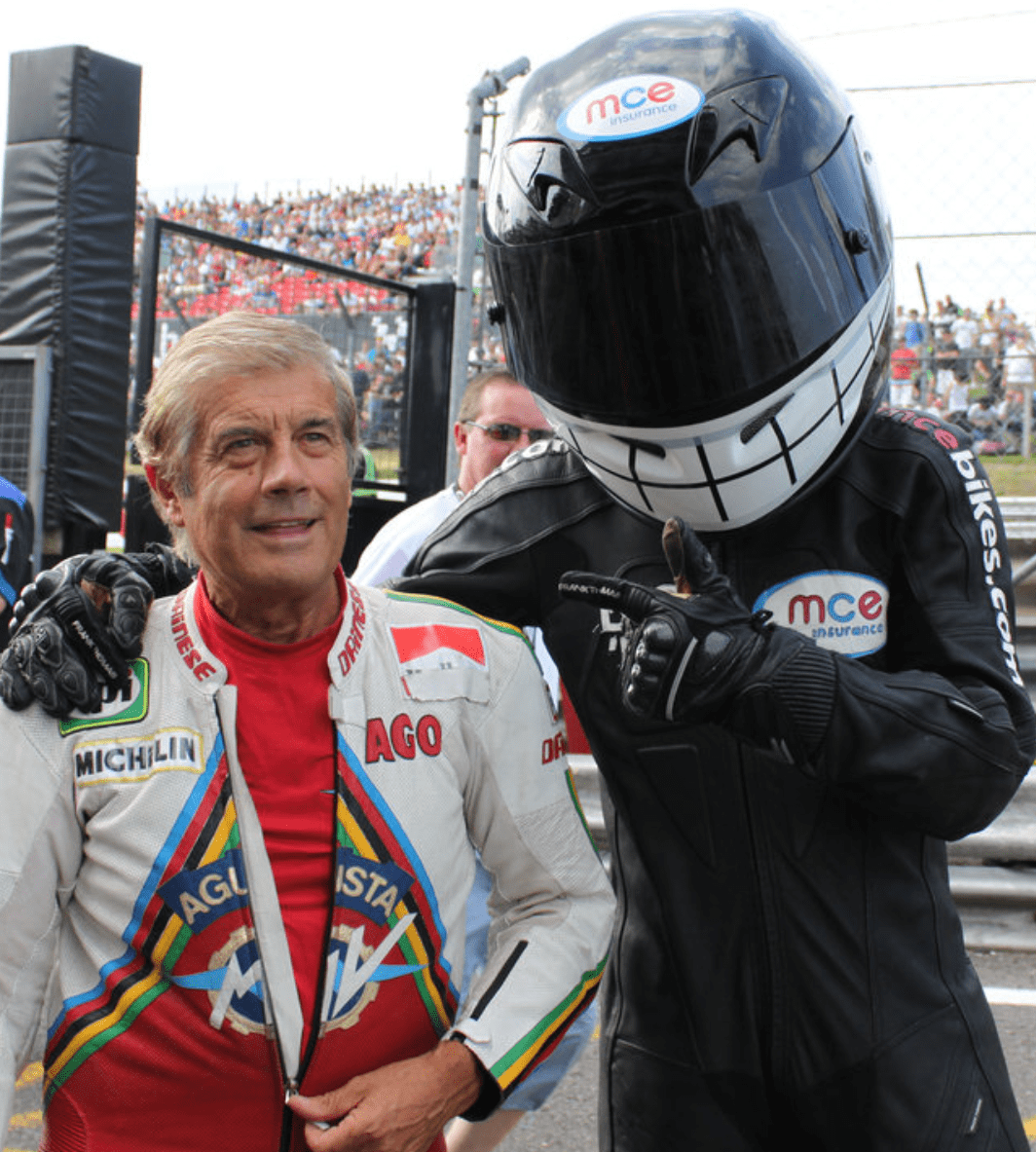 Big Ed burst onto the scene in 2009, recognisable by his above-average head and black Dainese leathers – as well as his trademark taste for mischief.

Very much a child star, MCE scooped awards soon after Big Ed’s birth for the best Marketing Campaign at the UK Broker Awards.

Rubbing shoulders with the likes of Giacomo Agostini, Guy Martin and Katie Price… he quickly became a key fixture of British Superbike Rounds across the land, later turning his attention to the Road Racing scene at the Ulster Grand Prix.

In his 10 years of life, Big Ed has attended someone’s wedding (seriously), been present at marriage proposals, and posted original content on his Facebook page that has been seen by tens of millions of people – all in the name of good fun.

Happy birthday, Big Ed – from all of MCE Insurance.