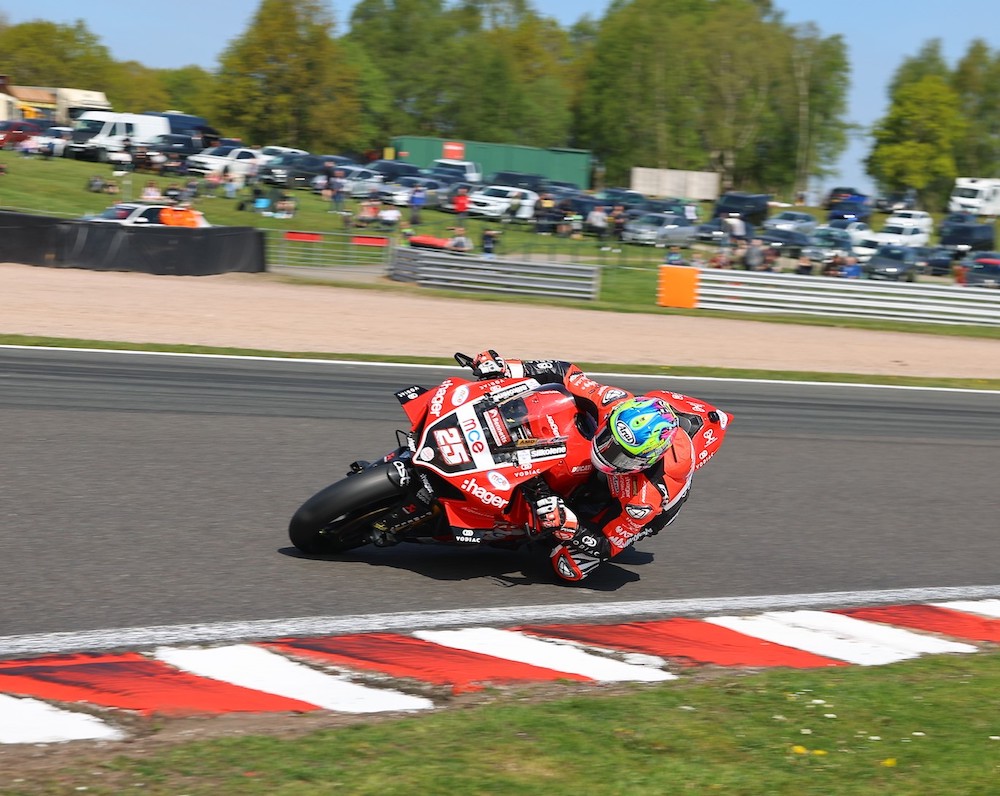 Round three of the 2022 British Superbike Championship heads for the Donington Park National circuit this forthcoming weekend with the MCE Insurance sponsored MCE Ducati riders Josh Brookes and Tom Sykes hoping to continue the recent momentum.

After a disappointing opening round at Silverstone over Easter, the pair bounced back at Oulton Park earlier this month where double BSB champion Brookes posted a battling fourth place finish and former World Superbike champion Sykes scoring a season best so far of 11th on the MCE Insurance sponsored and factory-supported Ducati Panigale V4Rs.

Since then, Bedfordshire-based Australian Brookes has finished on the podium at last week’s International North West 200 for Paul Bird’s Lake District team, and Yorkshireman Sykes has undertaken some more development work with Ducati Corse, both of which sees them arrive at Donington Park in a confident mood.

Indeed, both riders have celebrated a number of World Championship victories around the GP version of the Midlands track with Brookes taking victory in the World Supersport race there in 2008 and Sykes winning an amazing nine World Superbike Championship races in succession from 2013 to 2017.

Josh Brookes: “Last year, both rounds at Donington Park were affected by the weather so hopefully that won’t be too much of a factor this weekend. I’m gaining in confidence with the bike all the time and last week’s results at the NW200 have helped us. It’s just a case of getting stuck in and I’m hopeful of achieving some good results. Also, Tom has a fantastic record at the track so that can help the team too.”

Tom Sykes: “I’m really looking forward to Donington Park this weekend, it’s a circuit I really enjoy and have had a lot of success there in the past so hope we can continue with that. The target is to work on the limitations which have affected us in the early part of the season and try to improve the set up, so I feel more comfortable on the bike and with the package in general.”

Being title sponsors of MCE Ducati means customers of MCE Insurance get the chance to win tickets and hospitality to every round of the BSB! There’s never been a better time to get on cover – get a quote online today and see what we can do for you!

Did you know MCE also sell project motorbikes and parts through Big Ed’s Shop on Ebay? Grab yourself a bargain now!